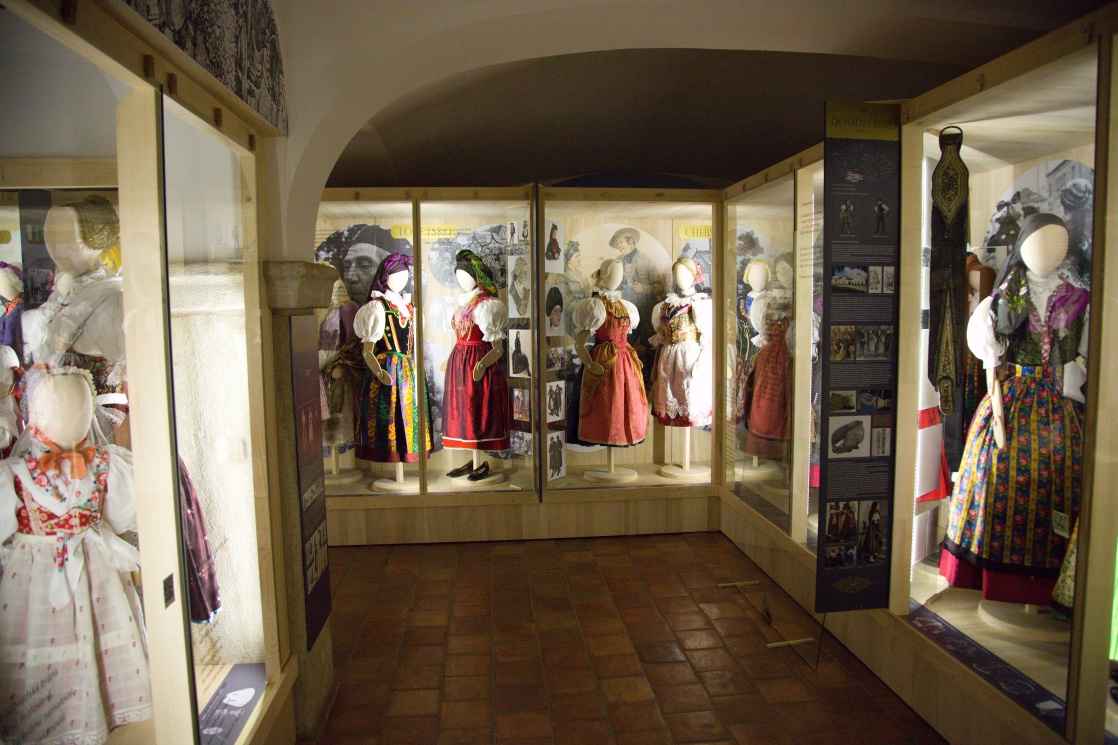 The term folk costume refers to the historical clothing of village people, evolving in our area from the 17th century to the beginning of the 20th.

It developed from a very simple form used predominantly as protection against weather. More often than not it was made of materials produced at home (linen, hemp, wool, leather etc.). It gradually changed and differentiated into clothes for work, festive (for church, Sunday) and ritual (weddings, christenings) occassions. Based on social status there were costumes for singles, married people, widows or old people. Some form of folk costumes can be found throughout Europe.

As for the Czech Republic, folk costumes evolved into various forms according to individual regions. There are several reasons for the gradual differentiation of original regional folk costume form: borderlines between large gentry estates, parish jurisdiction, local traditions, variability of neighbourhood influence, increasing wealth and of course individual invention of local „designers“.

Folk costumes, as well as architecture, dances, songs, folklore, local customs and festivities, folk crafts, local cuisine, dialects, sayings, etc., are understood to be  part of the Czech country folk´s life. Together they form regional variability of crafts and artistic expressions of our ancestors, the so-called folk culture.

Everyday folk costume usage declined during the second half of the 19th century (mainly after the abolition of serfdom in 1848) and the beginning of 20th century. The pace of this process varied in respective regions. In Western Bohemia, some parts inhabited by Czech Germans and in South-eastern Moravia folk costumes were worn longest.
Folk costume is an important and inseparable part of material and immaterial folk culture not only in the Czech lands but also in wider European context.